Things to do in Hamburg - 5 Hidden Gems

It may not be a surprise that there are many hidden gems in Hamburg. It is the second-largest city in Germany and my opinion, one of the most beautiful.

For starters, Hamburg's history began sometime in the 9th century.. long, long before smartphones were even a thing or any of us were born. However, the Free and Hanseatic City of Hamburg still holds the charm of the old blended with the new like a brilliant piece of art.

If you are a tourist exploring for the weekend, a newly arrived expat, or even a long-time local that doesn't get out much, we hope you enjoy our list of some things see and do around the city.

First, we're going to step back in time on a street called: Krayenkamp 10

Nestled in a small alleyway near the St. Michael Church are historic buildings with some of the oldest surviving residential buildings in central Hamburg. It used to be homes for widows of members of the Grocers' Institute. Built around 1620, now you'll find a few small shops and a restaurant. One of the old apartments has been preserved as a museum.

Next, let's walk our way down to the Old Elbe Tunnel at the Landungsbrücken Piers. Once there make your way to the entrance where you take an elevator or stairs down approximately 24 m (78 ft) beneath the Elbe. The tunnel itself is about 430 m (1410 ft) long, and you can drive, walk, or bring your bike down to the bottom and out the other side. The large elevators have watch posts with guards.

It opened in 1911 and was the first of its kind on the continent. The river tunnel became an essential part of the growth of the city because it connected the north and south side. Numerous film teams have shot on location. Have extra cash laying around and need to host an event? Well, you can even rent the Elbe Tunnel for special occasions. The tunnel is open 24/7 to pedestrians and cyclists, but motor vehicles can only access the tunnel during operating hours.

Be sure to check out the views of Hamburg from the south side.

Sorry ladies... this one is for men only. 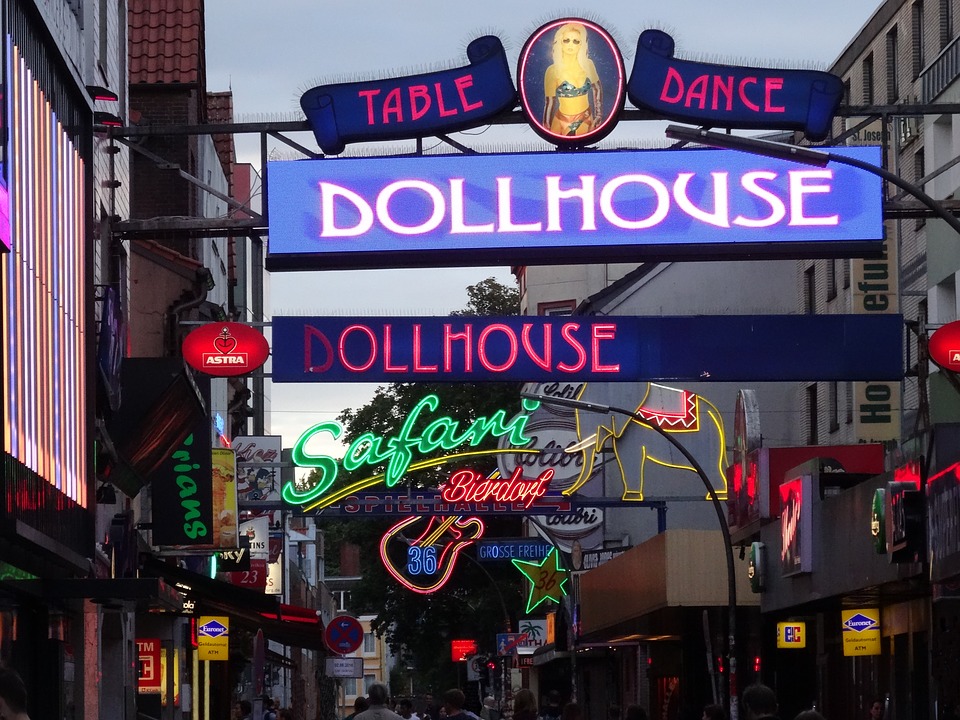 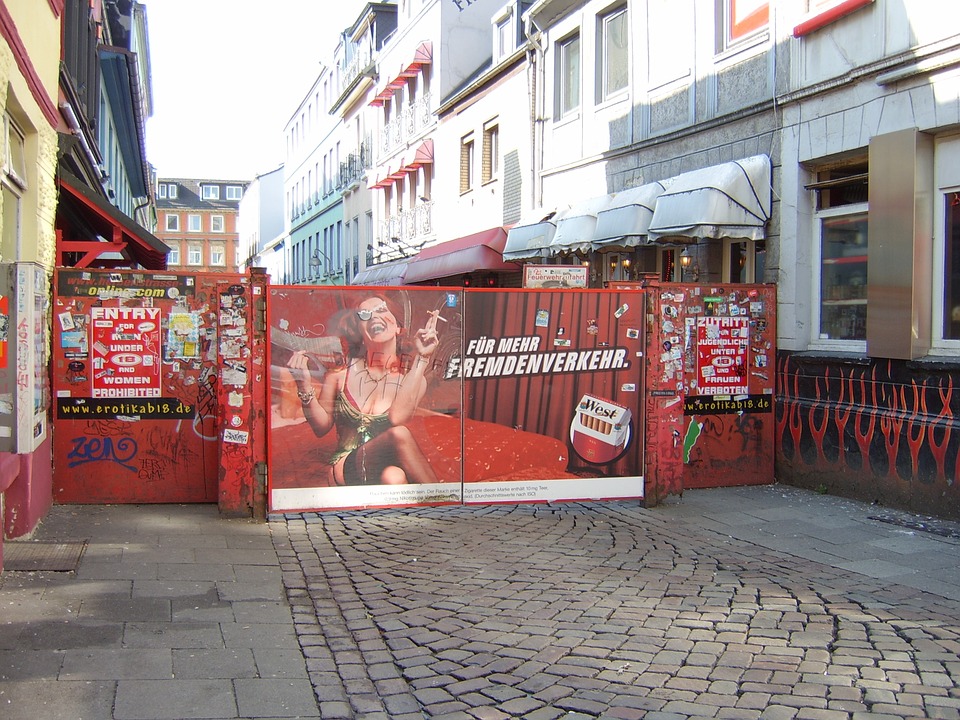 If you stumble upon Herbertstraße, then you are near the shortest street and the city's most notorious street. It has been Hamburg's red-light district since the 19th century. Just off the Reeperbahn strip, near the police station, you'll find this street blocked from view by barriers on both ends with signs that say: "Entry for Men; under 18 and women prohibited." It is not illegal for a woman to walk through, but police advise against it as the ladies can be hostile to visitors who just want to see what goes on behind closed doors.

Inside it is very similar to Amsterdam's Red Light District; prostitutes sit in dimly lit peek-a-boo windows and display their personality (a.k.a assets) for customers.

Even though Blankenese may be a little out of the way for some tourists only staying a few days, it is easily reachable via Hamburg public transport (HVV), and well worth the trip. By the bank called Falkensteiner Ufer, you'll find a few shipwrecks, The Polstjernan, and the Uwe.

If you are someone that loves maritime or enjoys a quieter part of the city, then this area is a must-see. Along the Elbe, you will find some great photo ops. In the Fall of 1926, a Finnish four-masted schooner-cum-motor glider (the Polstjernan) was cruising along Kiel-Canal when the engine exploded. Let's just say having wood as cargo did not help things. A rescue boat was able to tow the glider to the Elbe while it was still in smoke. It was later left on the shore of Blankenese, Nowadays, at low tide, it's possible to walk up to the wreck.

There's more than one shipwreck in this area. After World War II, submarine scraps were added to this seawall. There was a barge called Uwe that sunk there in 1975 after colliding against the coaster Wiedau. Unfortunately, a few sailors lost their lives. It was torn apart, and the stern which was too heavy to tow still sits there today. 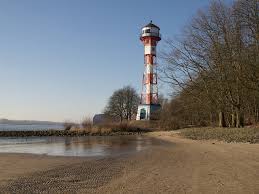 Not only is this one of my favorite town halls (Rathaus) in all of Germany, the fountain became my favorite spot to visit while attending a German course nearby. I could sit and stare at it for hours.

The Hygieia fountain in the courtyard of the Rathaus was modeled in 1895/96 by Joseph von Kramer and erected in 1897. The figure of the female allegory of health was chosen in memory of the severe cholera epidemic of 1892. The figures around the fountain indicate different uses of the water. 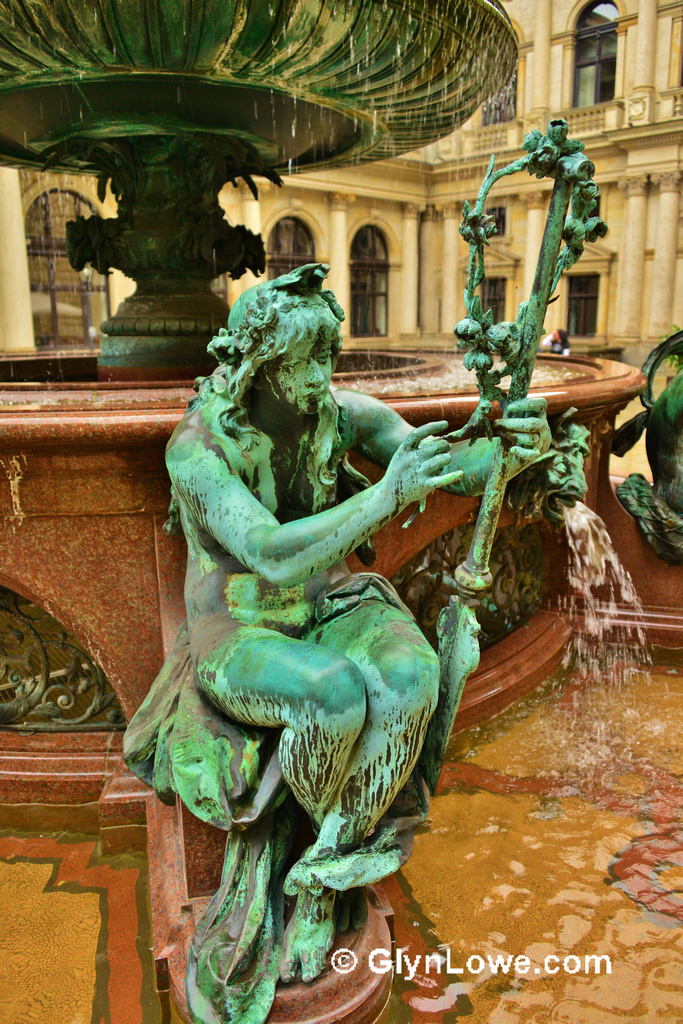 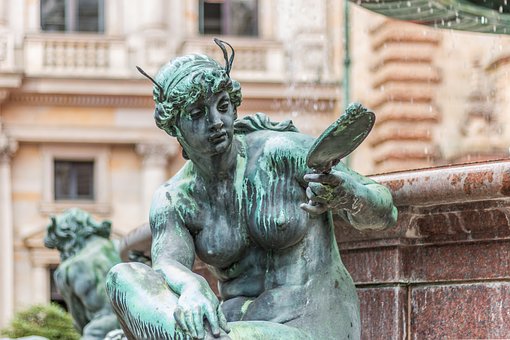 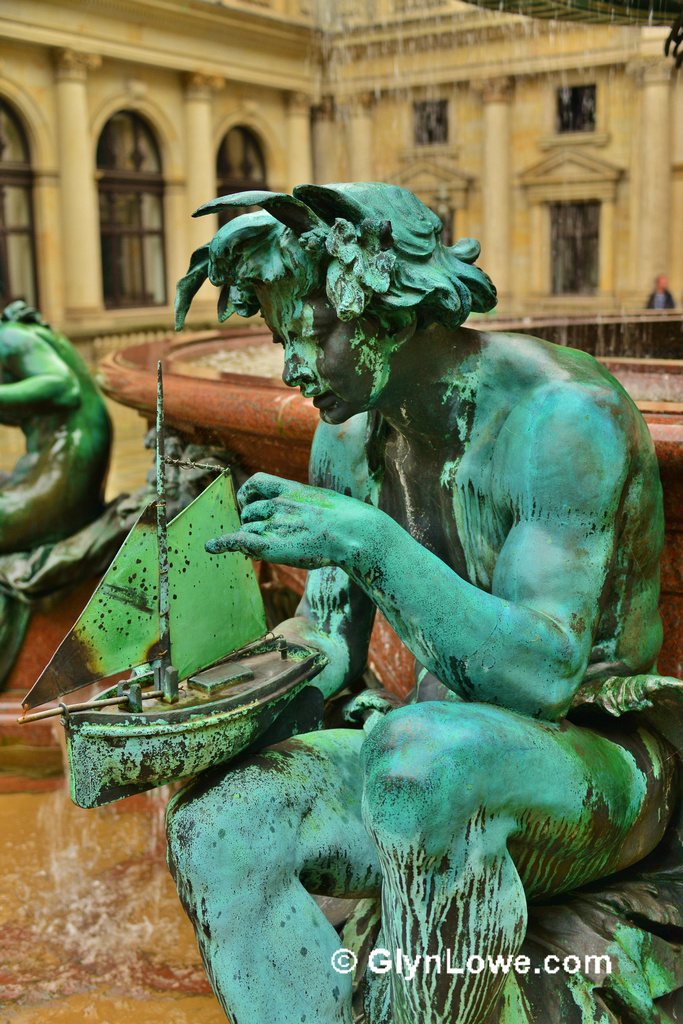 Click on the arrow in the photo above to see more of the Rathaus Fountain.

Thank you, Mr. Kramer, for creating such a beautiful fountain; because of you, I found my favorite hidden gem in Hamburg.

A true nomad at heart from San Diego, CA, Tamie has thoroughly explored 48 of the 50 US states but had never been abroad until given the opportunity thanks to a massive layoff from the corporate world back in 2014. After almost a year of traveling, volunteering, and studying around the world, she found a way to combine her passion for traveling, helping others, and teaching. She canceled her flight home, stayed in Europe, and decided to move to Hamburg, where she started two companies assisting expats and teachers wanting to live and work in Germany.

Expat Jobs in Germany - How to find one